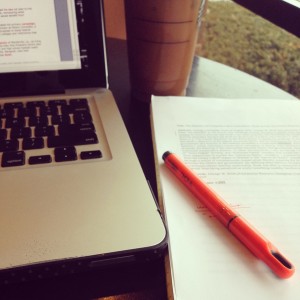 My research is broadly focused across three areas: the intersection of politics and economics, the convergence between social media and the presidency, and the relationship between debate and civic education.

I am primarily interested in how political leaders deliberate economic problems and policies. My book project, When the Fed Speaks, develops the idea of the rhetorical Fed to examine the strategies used by a succession of prominent Fed chairs to position the central bank as an authoritative, nonpartisan voice at the center of major economic debates. In support of this research, I have won awards and grants from various universities and centers to engage in archival work and to conduct personal interviews, including one with former Fed chair Paul Volcker.

My secondary research interests concern how digital media has changed presidential communication in terms of delivery and engagement. I call this phenomenon the digital presidency and explore how it changes the dynamics of speech delivery, such as the enhanced State of the Union; public outreach, as with the White House’s Virtual Block of Cheese Day; and campaigning, given the reception of the 2012 presidential debates.

Lastly, I have studied how speech and debate training fosters civic education. This work is multi-faceted and has involved organizing a national conference on Speech and Debate as Civic Education, which produced an edited volume and two journal special issues on the subject, and organizing multiple public outreach events under the purview of the Penn State Speech & Debate Society.

*Please cite all my earlier work as “Jessica A. Kurr” in lieu of the original publication name.