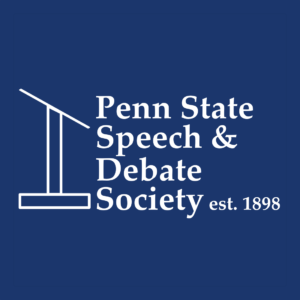 I was the Director of Debate for the Penn State Speech & Debate Society from the fall of 2013 to the spring of 2016. I primarily organized the public events sponsored by the Society and coached students who wish to participate in competitive parliamentary style debate. As an undergraduate debater, I was a member of the William Pitt Debating Union at the University of Pittsburgh. While at Pitt, I competed in NDT/CEDA policy debate and reached the elimination rounds of numerous regional tournaments. I also helped organize numerous public debates, including the Marcella L. Finegold series and exchanges with the British national team. I coached policy debate for two years with the Glenn R. Capp Debate Forum at Baylor University while earning my master’s degree. During my time there, teams from Baylor reached elimination rounds at numerous national tournaments including CEDA nationals and the NDT.